HeyWow! is an innovative personalisation tool for a small independent publisher which produces personalised picture books for kids.

We love being inspired by our clients, and once you’ve discovered the story of HeyWow, you’ll see why working with them was such a memorable experience for us at Bad Dinosaur.

HeyWow is the brainchild of Oban-based couple Lorna and Daniel Freytag, who set out to delight families with a range of personalised ‘seek-and-find’ or ‘mix-and-match’ adventure books for children. We put kids in books is their tagline, which—in spite of how simple it sounds—involved a journey spanning years and a dream pursued tirelessly. We’re proud to be one of the building blocks in making the dream a reality.

A pair of creatives destined for adventure, Lorna and Daniel met whilst studying Visual Communications at Gray’s School of Art in Aberdeen, specialising in Photography and Graphic Design respectively. Daniel graduated and left for Dubai to work in his specialism, and Lorna followed him a year later, landing herself a great photography job. This would begin several years of travel, with Daniel’s design career taking them both across the globe. 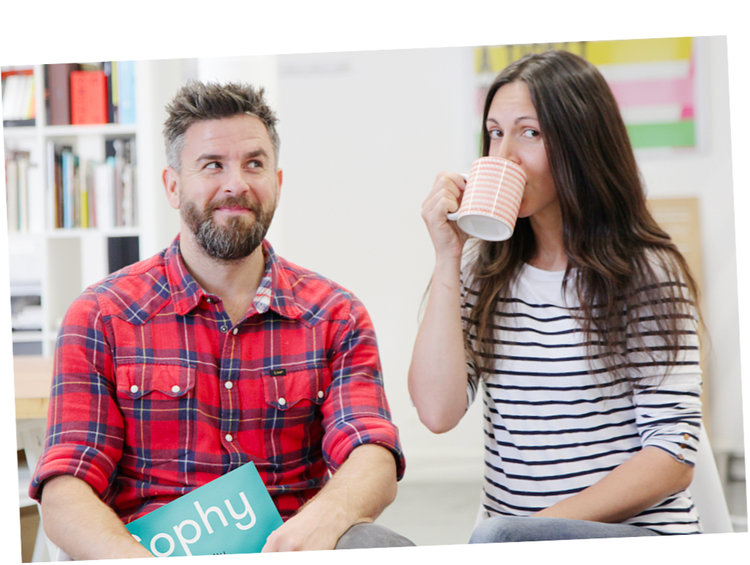 The next stop was New York City, where Lorna worked as a fashion photography assistant—but it just wasn’t her scene. So, with the next move (Australia this time!) she worked in retail, which allowed her at last to pursue her own illustration projects and find that happy work/hobby balance.

London soon called, and for Lorna the seeds of a lifelong passion were sown when she began working in a huge kids’ department store, balancing time in the bookshop and as a childrens’ fashion photographer. Lorna was in her element, learning about what kids enjoyed and getting swept into the world of kids’ literature. In particular, she found herself inspired by the idea of a blend of photographic and illustrative visuals for the books.

After yet another stint in Australia, the couple returned to Scotland where Daniel launched his now thriving design business, Freytag Andersen. Now based in Daniel’s coastal hometown of Oban with a young family, Lorna wanted to find work she could do remotely.

The pivotal point in the making of HeyWow came after a certain Dragon’s Den episode caught the Freytags’ attention. The team behind the personalised children’s book company, Wonderbly, compelled Lorna to want to put her own spin on the idea.

In 2015 Lorna and Daniel successfully crowdfunded their new project, putting the funds towards commissioning an agency to build a basic website with an upload function, allowing parents to place their kid’s photo into their own custom books. Interest in the website grew to a point where even Wonderbly and publisher Harper-Collins wanted to discuss collaborating, but a major obstacle presented itself: The system as it stood was simply not scalable.

Imagine manually cropping, editing and inserting every child’s photo into each storybook… That’s what Lorna was doing, and each book was a huge project. Without a team or any kind of automation, she could only handle a few orders a week. Masses of time were needed for artwork preparation, print proong and what little marketing Lorna could manage—and time isn’t something new parents have in abundance!

Realising help was needed, the couple’s search for expertise led them to Edinburgh—Lorna’s home city—where they deduced that the burgeoning tech and startup scene might prove useful when it came to developing their website.

“I stumbled across Bad Dinosaur on Instagram, actually. Something drew me to them—their friendly, informal tone and fun style was something I could really relate to, so I got chatting to Russ. After a while it became apparent they might just be people who could help us reach the next stage of HeyWow.”

When we met for our first consultation—having discovered how the couple’s terric work journey led them to HeyWow—we instantly knew this was a project with massive potential and couldn’t wait to get started. We also knew exactly how to address the challenge of Lorna’s enormous manual workload. 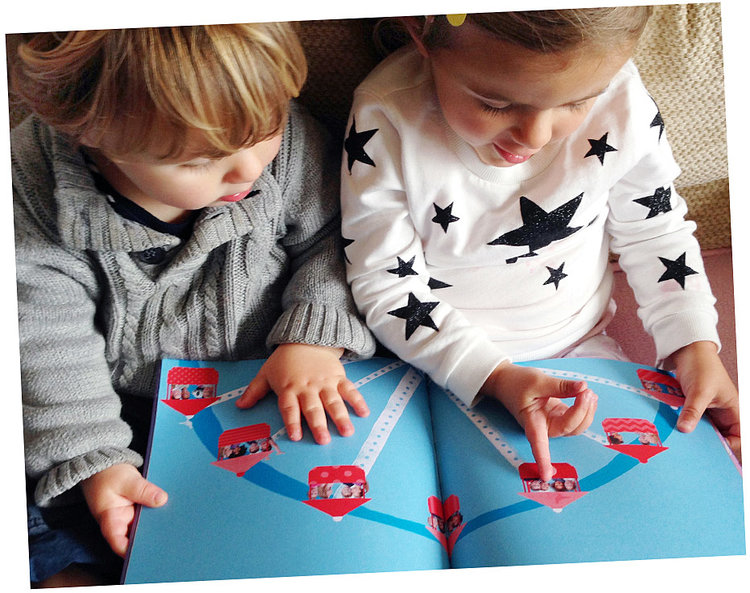 “The guys at Bad Dinosaur really got to know us and understood what we were trying to achieve. I’m a meticulous person and was spending ages perfecting these bespoke books, so initially we didn’t see the value in creating a system to add automation to our model… Russ, however, clocked the potential immediately and insisted upon it. I’m glad he did.”

With an exciting new pitch, the Freytags were able to win a grant from the funding body Highlands and Islands Enterprise, allowing them to develop the next stage of the HeyWow website.

Russ recalls that what attracted him most to HeyWow’s project was how technically challenging it was (yes, we thrive on that), but that it was also something HeyWow’s competitors had tried to do; just not quite as well. With their brand established and sales already in the bag—as well as interest from several publishers—their business case was solid.

The biggest challenge at this point was working out the fastest and most seamless way to automate the process of putting the character into the book: it involved storyboarding the user’s journey through the application, while simultaneously researching the technology we’d need to use to perform the processing. Once we’d nailed that, work on building the interface began, followed by back-end development. The ‘character builder’ function was soon taking shape.

We worked closely with Lorna and Daniel, setting up weekly skype calls to keep the momentum of the project going; always open to adding new ideas and elements along the way. This was, after all, a project designed by artists and we needed to keep them at the centre of all the creative development. Lorna knew how she wanted the tone and look of the website to be, so we made sure we worked her vision into the finished product.

Co-design sessions happened weekly over Skype to keep Lorna and Daniel’s input constant. During each session, we showed them a version of what we had built since the last session and talked through the assumptions we had made. This allowed Lorna and Daniel to relax in the knowledge that we had the project under control at every step of the way.

“We were most excited to see the character builder function taking shape. The way it’s able to insert a photo of the child’s face into one of Lorna’s illustrations is really unique and truly personal.”

To build a character, the website user’s selections create a virtual model. This generates a preview of the whole book for the customer to inspect before they buy. Once the customer pays, the next step is to customise a blank book—starting with name and copy changes, and then placing the character in different scenarios. Finally, we render a print-ready version of the book and send it to the printer, who prints and ships it. So from start to end, the entire system is automated and Lorna no longer has to spend hours on Photoshop. In fact, she needn’t do a thing.

“Working with Bad Dinosaur was so… Easy! To be honest it felt less like a service we’d hired and more like an extension of our team. They did a fine job of keeping us calm and focused on the important parts rather than sweating the small stuff, leaving us room to concentrate on what we do best.”

We and the HeyWow team would certainly agree that this journey was very much a mutual learning process. Where we offered the technical expertise to streamline their product, they provided a lot of creative direction that we needed to accommodate to turn it into something that was true to their vision. HeyWow officially launched in October 2018, and since then it’s been going from strength to strength.

So what next for HeyWow? Lorna hopes to make this her full-time career and to eventually add even more custom options for her website users. The sheer potential of the new system has allowed her to consider partnerships with well-known brands and publishers, which would oer something seriously exciting for fans of particular stories to personalise their favourites. Publishers have already shown interest in using the HeyWow system to create custom products, including agents from around the globe.

With the biggest hurdles behind them and growth in sight, we’re delighted to see our hard work as a duo of teams truly paying off.

Try out the character builder and personalise your book here.

Fanbase is a comprehensive mobile platform for booking and attending sports matches, uniting clubs and their fans through the latest mobile technology.

Welcome to the team, Miriam!

Miriam has joined the team as a front end designer. Before starting at Bad Dinosaur, Miriam was studying and freelancing as a designer. She’s had lots of random jobs, she was an interior designer for a brief period, an intern at BBC Tunisia, and even worked as a hostel supervisor in Edinburgh. That one was the craziest - never a dull moment with people gathering from all over the world! We gave Miriam a quick grilling to get to know her a bit better.