What should I name my app?

There are more than 2.87 million apps on the Google Play Store, and 1.96 million on the App Store. It’s safe to say you’re going to need a great app name to stand out from the crowd and make a good impression on potential users.

In a nutshell, a great app name is memorable, unique, accessible, and grabs the attention of your target user. Here are some best practices we’ve picked up that will help you choose a great app name.

Get your thinking cap on and brainstorm as many ideas as you can. Start with names that are relevant to the app itself. Reflect on the problem your app solves, the app features and benefits, and try to incorporate them into app name ideas.

Check out the state of play by getting to know the marketplace. Familiarise yourself with the guidelines and quirks of the Google Play Store and the Apple App Store so you know what’s possible for a name. Spend some time tracking the charts to understand different trends in name popularity. You’ll be able to see which ones work best by reviewing the most popular or top grossing charts.

Pick a name that connects with your target audience. When doing your market research you should build a list of words and phrases that resonate with your prospects, investigate this list and find inspiration here for an app name. It’s important that your users like the name, so choosing a name with them in mind is a great idea.

Think about growth. Don’t limit yourself today only to have to change the name of your app because your business has evolved, and the name you chose is now too niche or too dated. Name changes are expensive, difficult, and carry a level of risk to brand reputation if mismanaged. Make sure you choose a name that you will be able to grow your business with.

Make sure you research the meaning of any word you use in your app name. Think about foreign language considerations, geographical terms, colloquialisms, and the origin of the words or phrases used. Think also about what the name of your app might mean to people from different backgrounds, age, race, culture, etc., than your own.

Don’t be afraid to go with the obvious. If your app is the only one of its kind, or if none of your competitors have spotted the opportunity to do so, then make the name of your app a straight up description of what it is. Think about it this way, if you’re looking for an app to track your sleep cycle, then an app called SleepCycle is probably going to a) show up high in the search results, and b) be the one you’re more likely to download.

Think about recall. If you can’t decide on a name, write them all out and show them to some of your friends and family. Ask them what ones they like best and why. Now ignore their opinions, wait a week, and ask them what names they remember - that’s the name that works best for recall.

Think about App Store Optimisation. Quite often folk know that they need an app, they just don’t know which app they need, so they go to the App Store or Play Store and type in a description of the problem they’re having or the solution they’re looking for. The best way to take advantage of this organic traffic is to try and come up with the types of short phrases that people are likely to use when searching for the solution that your app provides. Then choose a name that aligns with those keywords to maximise your reach.

Puns are revered in the Bad Dinosaur family, but when it comes to naming apps it’s a bit of a grey area. What’sApp (i.e. what’s up) is probably the most famous pun name app out there but there have been plenty that didn’t make it. Just don’t choose something you think you’ll feel embarrassed to say out loud in future. Proceed with caution.

What did vowels ever do to hurt you? The curious obsession with removing vowels from names to make them ‘cool and hip’ doesn’t seem to be going anywhere. The practice (which even has its own Wikipedia entry) is thought to have come from the ‘texting speak’ era, and has lent its success to many popular apps and brand names: Flickr, Tumblr, Scribd, etc. It’s undoubtedly effective, but consider the next two points before chopping your A’s, E’s, I’s, O’s, and U’s...

Make it spellable. Ideally it should be so obvious that people can only really come up with one way to spell it. Anyone with an unusually spelled name will tell you that the benefits of having a unique name are quickly outweighed by a lifetime of reciting the phonetic alphabet whenever you have to book a table for two.

Avoid copying other app names. We’ve all seen knock-off company names like ‘“Sell Fridges”, they’re great for a laugh but when it comes to apps, it’s best to avoid them. The App Store and Play Store have policies in place that warn against deception and impersonation, so you could end up getting rejected from the platform. It can be very confusing for users who search for one app but end up with another, and it’s also quite limiting for your own brand growth. 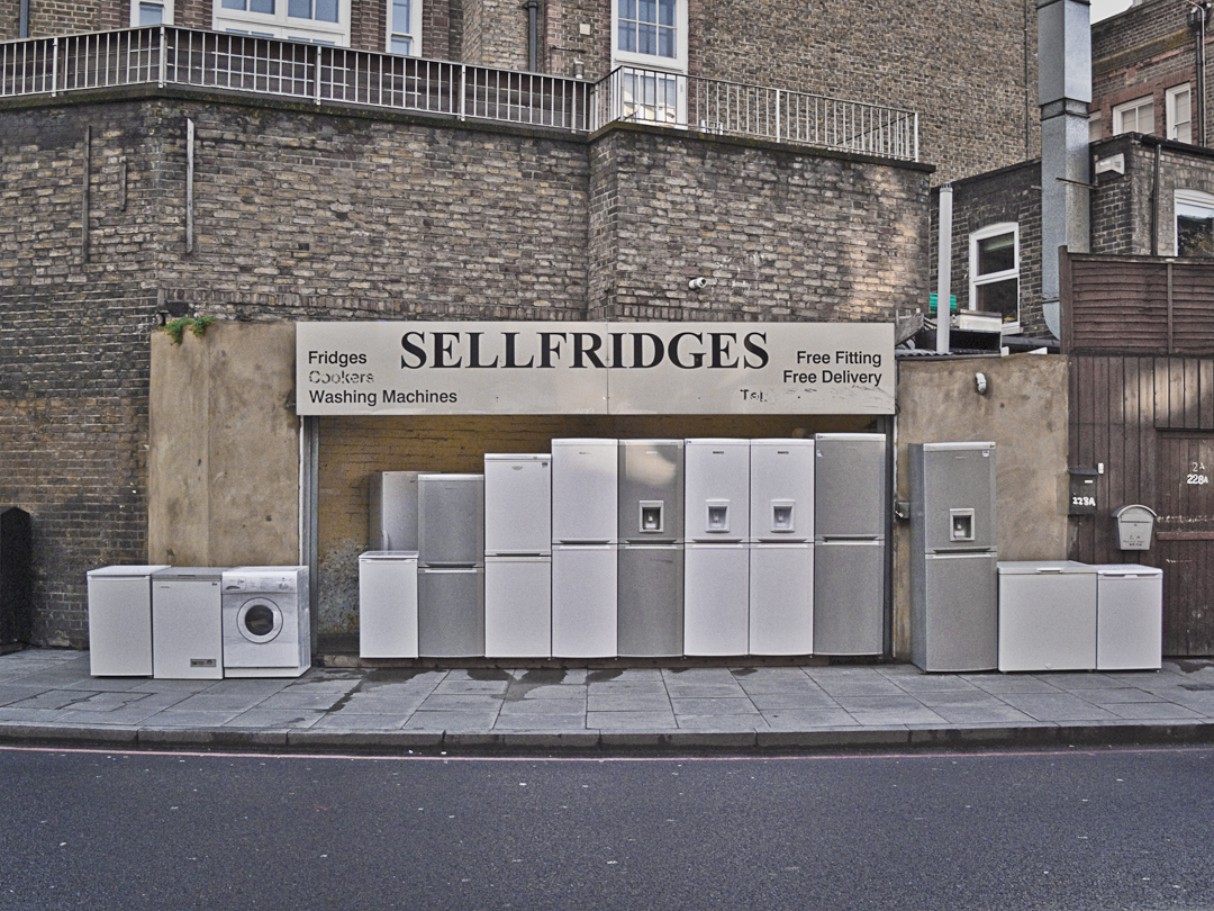 Sometimes you might accidentally name your app something that’s quite similar to an existing app or brand name, and end up in a sticky situation. To avoid this, try to also search for different variations of your app name to ensure yours is unique and authentic. It will also safeguard you against any legal pushback.

It goes without saying, but make sure someone else doesn’t have that name already! Don’t fall in love with a name before you check to see if the supporting social media handles and urls are available. You'll need these to bring your app to market and drum up user interest for your app. If you can at all, trademark it.

Beware of opinion overload. It’s important to get a second verdict and consult with the people that you trust, but if you ask everyone and their dog you might get a bit overwhelmed by the volume and variety of feedback. Remember that you’re never going to please everyone, so don’t worry about saying “thanks, I’ll take that into consideration” and then ignoring it all.

Make it ‘verbable’. I don’t know if that’s a word, I just made that up now. Being able to use your app name as a verb can be very helpful, especially if your objective is to reach a broad audience and get them to use your app frequently. Think: “I’ll skype you later”, “I’ll Monzo you a fiver”, “I’ll facetune that picture”.

Speaking of making up words, make up new words by combining words, be it noun+noun, noun+adjective, verb+adjective, etc. You can play around with capitalisation and branding to make sure it still makes sense. Think about examples like JustEat, TripAdvisor, CandyCrush etc.

Don’t be boring. A survey with over 8,000 smartphone users showed that 31% download apps if they sound interesting and fun – therefore making your app seem fun is crucial to success. ‘XYZ Solutions’ isn’t going to inspire anyone to hit download.

Be careful with whimsical names. There’s a balance to be struck between not being boring and not being too wacky. Famous apps with names like Trivago, Shazam, and even Google felt a bit silly when they first entered our vocabulary, but just because they are now second nature, it doesn't mean that everyone can succeed with a name like that. It will take a much higher marketing spend to get the same level of market penetration with a made-up name that has nothing to do with the service you’re providing. If you’re keen on whimsy, try starting with a real and relevant keyword as the root, and adding, changing, or taking something away from it. A great example of balance in a whimsical app name is Deliveroo.

Just like with SEO, the best way to improve your search rankings is to know which keywords are most relevant and most used by your target audience. As well as the name, you’ll be asked for keywords that describe your app, when you submit it to the App and Play Stores, as metadata. It can be helpful to have important keywords in the name of your app too - but tread carefully, going too far with this can get your app rejected from the App Store.

Make sure the name is short enough to sit neatly under the app icon on home screens. It might seem like a trivial thing but aesthetics are important. Some app names tail off into ellipses and it doesn’t look great. The App Store has a max of 50 characters, while Google Play limits you to 30, so it makes sense to come up with something under 30 characters. But, don’t forget that it will be truncated! Users will only see the first 10 characters or so of your app name when browsing the stores or their home screens.

Think about how the name of your app will actually show in your app. Will you have it in the header, or just opt for an icon or logo? Will it take up too much space to have it present all the time? If so, how will that affect name recall?

Finally, make sure the app is awesome. A name is important but it will only get you so far. There’s nothing worse than being disappointed by a product after the branding (and name!) were full of so much promise. If you’ve got a great name and need an app to match, that’s where Bad Dinosaur can help.

Acorn Wellbeing is a health-tech platform aimed at both simplifying medicine management and improving the healthcare relationship between patients and their local pharmacy.

5 Ways to Fund Your Startup